A Tale of Two Conferences

Recently I learned about two academic conferences. The constrast between them is rather striking, and illustrates the way in which evolution is legitimate, mainstream science, while intelligent design is pseudoscience.

The first conference is the IEEE Congress on Evolutionary Computation (CEC), to be held in Singapore in September 2007. The second is The God Hypothesis: Has Science Found God?, to take place this coming weekend at the University of Toronto, here in Ontario.

CEC will represent real science. Its international advisory board includes accomplished experts in the field, such as David Fogel. It is in the tradition of other, similar conferences, and is sponsored by the IEEE, one of the largest professional organizations of computer scientists. Evolutionary computation is an active area of academic study, in addition to having numerous applications to industry. The conference includes tutorials by well-known scientists, including Andries Engelbrecht. The announcement for this conference was sent out a year in advance, so that people working in the field can submit papers and make plans to attend.

Contrast this with the "God Hypothesis" workshop at Toronto. It starts with a talk by David Humphreys, a retired chemist from McMaster University, who now spends his time evangelizing for the Christian god. Humphreys has in the past been guilty of misrepresenting facts about biology. Humphreys claimed in a talk in 1996, for example, that "hemoglobin in all animals is alike". Next comes evangelist Hugh Ross, who also has made misleading and false statements in a number of different areas.

On Saturday, the speakers include Denyse O'Leary, a smug religion reporter who is abysmally ignorant of science, but doesn't let that deter her from making demonstrably false claims about biology. Although the Toronto area has many scientists who could have offered a skeptical point of view, such as the University of Toronto's Larry Moran, it seems that no prominent skeptics were invited to speak at this event,.

The "God" workshop is not sponsored by any academic society, but rather by the "continuing education division" of a religious college affiliated with the University of Toronto. There will be no contributed papers. To the best of my knowledge, the announcement only came out a couple of weeks ago.

If you want to learn about real science, attend a conference like CEC. If you want to hear Christian evangelists and their ignorant cheerleaders, go to the "God" workshop. 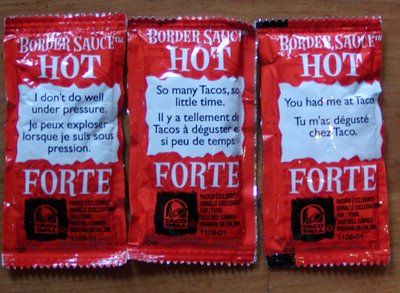 On the other hand, if the folks at Language Log get hold of this, I'll probably learn why everything I just said is wrong.
Posted by Jeffrey Shallit at 4:50 PM 3 comments:

Serge Lang was an eminent Yale mathematician who died in 2005. His life and work was the subject of a long obituary by Jay Jorgenson and Steven G. Krantz in the Notices of the American Mathematical Society in May 2006.

While Lang had many mathematical achievements, in his later years he began to show serious signs of crankiness, writing scathing letters to a wide variety of targets, including the American Mathematical Society (AMS) itself. Some of these targets, such as Samuel Huntington, were legitimate. Others were not. Lang became obsessed with correcting what appeared in some cases to be debatable or trivial inaccuracies, and even insisted on publishing his voluminous correspondence in books such as The File and Challenges. I remember leafing through The File in Cody's bookstore while a graduate student at Berkeley, wondering why an eminent mathematician would think his complaint letters would captivate an audience. To me, it seemed the sign of an ego out of control. Ever since then, I've seen many copies of The File in the "remainder" section of bookstores, suggesting that the publisher couldn't sell the number it unwisely chose to print.

One particular obsession stands out: although having no medical or biological training, Lang became active in the HIV denialist movement. Here is what Jorgenson and Krantz wrote in their May Notices obituary:

In the last twelve years of his life Serge Lang developed a deep and energetic program to fight the current directions of research on the diseases AIDS (Acquired Immune Deficiency Syndrome). A naive assessment of Serge's position is that HIV does not cause AIDS. But this would be an injustice to Serge. First of all, he was very careful. He very rarely made an error of fact. Secondly, he was quite a subtle thinker. His cause and his complaint, in fact, was that the search for a cure to AIDS had become politicized. At a certain point, the federal government simply commanded the National Institutes of Health to declare that HIV caused AIDS. The causal mechanism had not been identified, and the connection not logically established. To be sure, there is considerable ad hoc evidence of a link between HIV and AIDS. Certainly many of the modern treatments for AIDS are premised on that link. But Serge's assessment was that the existing data analysis does not support the conclusion that HIV causes AIDS.

The Notices then proceeded to give two-thirds of a page to the prominent denialist Peter Duesberg, who chose to use the space to repeat once again his long-debunked arguments against HIV as a cause of AIDS.

Here is what I wrote:

At the 16th International AIDS conference, which recently concluded in
Toronto, plenary speaker Stephen Lewis said, "[South Africa] is the
only country in Africa whose government continues to propound theories
more worthy of a lunatic fringe than of a concerned and compassionate
state."

The "lunatic fringe" theories Stephen Lewis was referring to are, of
course, precisely those advanced by Serge Lang. The objections of
HIV deniers have been carefully examined, and thoroughly demolished by
the medical community (for a good summary, see Stephen B. Harris, "The
AIDS Heresies", Skeptic, V. 3 No. 2 (1995)). The misinformation
campaign of Lang and other HIV deniers has misled South Africa's
President Thabo Mbeki and resulted in countless misery and death.
Given that, I found it grotesque that your recent obituary of Lang
[Notices of the AMS, V. 53 No. 5, May 2006] should attempt to whitewash
Lang's bizarre and ill-conceived attacks against HIV as a cause of
AIDS. And I found it appalling that you would give space to Peter
Duesberg, another leader of this destructive campaign, to extol Lang's
recklessness.

Lang's HIV denialism will stand as a testament to how an egotistical
confidence in one's expertise can lead to folly and destruction.

Posted by Jeffrey Shallit at 8:58 AM 3 comments:

The San Francisco Chronicle reports that the world's tallest tree has been discovered in Redwood National Park. The tree, called "Hyperion", is 115.2 meters tall. (The previous record holder, a tree in Humboldt State Park, was only 112.8 meters tall.)

The tree is an area that was only added to the national park in the Carter administration, very close to an old clear cut. There's more information at the Sierra Club site here.
Posted by Jeffrey Shallit at 11:41 AM 1 comment: