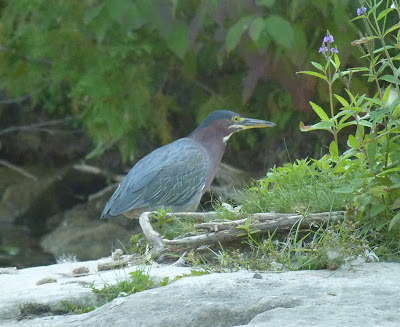 Photographer: A. Lubiw.
Posted by Jeffrey Shallit at 7:42 AM 1 comment:

Over at NeurologicaBlog the irreplaceable Steven Novella summarizes the case against Daryl Bem's silly "reverse causation" claims. I find it really hard to take precognition claims seriously, but I'm glad there are researchers who are willing to test these claims in a rigorous fashion.
Posted by Jeffrey Shallit at 8:42 AM No comments:

Who's More Repulsive than Todd Akin?

If you were wondering if there is anyone more repulsive or ignorant than Todd Akin, I have a nomination for you: William Lane Craig.

Craig completely misunderstands Claire McCaskill's comments about the case, claiming her problem with Akin was simply that he was insensitive.

He also thinks Akin is right because Akin "trusts what experts in the field tell him. He listened to what the doctors told him." Which doctors exactly, Dr. Craig?

Craig says, "People who think that abortion is ethically justified in cases of rape simple reveal they don't understand the logic of the pro-life position". No, we understand your "logic" and we reject it.

And yet there are people who continue to take both these clowns seriously.

Posted by Jeffrey Shallit at 4:55 AM 6 comments:

- it would cost nothing to register your car or renew your driver's license -- currently about $75 for both in Ontario. High fees such as these disproportionately affect the poor, who often need a car to get to a job, while they are almost nothing for the rich. Better to fund them through taxes.

- by contrast, gas taxes would be double or triple what they are now. The harmful externalities associated with driving cars should be borne by the people who use them. Yes to the carbon tax!

- if a legislator votes for a bill that is later declared unconstitutional, they lose their seat

- legislators would be chosen, either completely or in part, by random choice. They would be well-compensated and employers would be required to hold their jobs while they serve. After each legislative term ends (say 2 to 4 years), 30-60% would have their terms end and new ones would be randomly chosen to replace them.

- property taxes would be waived or strongly reduced for senior citizens.

- the whole regime of drug testing for professional sports would be done away with. Let athletes who want to achieve more modify their own bodies any way they like - provided they know the likely consequences.

- all places where people travel - airports, railway stations, rest stops, and so forth - would have a secure room with cots where people could take naps cheaply. It's odd how needs like food, drink, and toilets can usually be met for very low cost, but sleep cannot.

- all farm subsidies and price supports for agricultural products would be done away with.

- all local public transportation would be free to users and publicly funded, or there would be strong inducements to travel by public transit (e.g., your bus ticket is also a lottery ticket)

- players of professional sports would get to vote each year on who are the worst referees (or umpires) in their sport; the referees receiving the most votes would be demoted or fired

- the terms of copyright and patent validity would be severely shortened

- the insane and fruitless war on drugs would be ended. Currently illegal drugs would be regulated through the existing prescription process, making them more uniform and safer. The taxes from marijuana alone would be a huge source of government revenue. A proportion of the taxes can be devoted to addiction programs.

Feel free to add your own in the comments.
Posted by Jeffrey Shallit at 8:27 AM 17 comments:

The Mind of Doug Groothuis

If you want to see a prime example of the crazed, inchoate rage that Obama seems to induce in the Religious Right, you can do no better than to visit the blog of Doug Groothuis, professor at Denver Seminary.

According to Groothuis, Obama is "anti-American" and "a shameless con man". He "wants to preside over America's decline". He is the "quintessence of leftism, statism, and the destruction of our founding ideals". Electing him will be "The End of America".

This kind of unhinged rhetoric has no truth in it all: Obama is actually a timid centrist who continued most of George Bush's authoritarian policies, such as the Patriot Act and Guantanamo Bay. He can be justly criticized for his repeated failures to end right-wing foolishness.

Perhaps Groothuis is secretly worried that Obamacare will do for Obama and the Democrats what socialized medical care did for the reputation of Baptist minister Tommy Douglas and the NDP in Canada. But I guess that would require that he know something about other countries, which doesn't seem very likely.

Earlier this year, at the Niagara Peninsula Gem and Mineral Show , there was a guy, Harry Johnston, selling what he called "The Mystery Stone", which appeared to me to be nothing more than common, ordinary quartz, being sold at rather high prices.

He's got a website in which he describes his rock as "a self cleaning stone of natural energies". It "enhances the energies of other stones, also clearing all Charkra points for most people". What does that even mean?

There was also a guy, Mars Islamov, selling Shungite, which is a form of noncrystalline carbon. Shungite is of genuine mineralogical interest, and there was an article about it by Buseck et al. in the Canadian Mineralogist 35 (1997), 1363-1378. But it's certainly not rare; the article of Buseck et al. says there are more than 1011 tonnes of it near Karelia, Russia.

At his website you can find claims like "Shungite cures, purifies, protects, normalizes, induces recovery and promotes growth in living organisms. Everything which takes a toll on us, is killed; and everything health-giving is concentrated and restored by this miracle rock. Every scientist investigating shungite, declares it to be miraculous." This seems very dubious to me.

I wish geologists and mineralogists would speak up more strongly against these kinds of unsupported claims.

Posted by Jeffrey Shallit at 7:31 AM 5 comments:

Our nominee for Authoritarian High School Superintendent of the Month is

Rick Martin, superintendent of Prague High School, who in a Kafkaesque move (Prague - get it?), wants to deny a high school valedictorian her diploma because -- gasp! -- she used the word "hell" in her valedictory address.

The people who run high schools in North America behave more like tinpot dictators than educators.
Posted by Jeffrey Shallit at 8:02 AM 7 comments:

The Bible is Inerrant!

At least according to Doug Groothuis.

No need to even glance at all those lists of biblical contradictions, Doug. You've proved it with logic!
Posted by Jeffrey Shallit at 2:54 AM 6 comments:

If you take the train from Toronto to Montreal, about 10 minutes before you get into Cornwall, there's an interesting sight on the south side: the SunE Rutley Solar Farm. It consists of thousands and thousands of solar panels that generate enough electricity to power 1200 homes. It went by too fast for me to get a good picture, but there's one here that, unfortunately, doesn't really convey how big it appears.
Posted by Jeffrey Shallit at 4:11 PM 5 comments:

He thinks free speech is "absolute", but then goes on to recite a list of familiar ways in which it can be and is restricted: defamation, fraud, etc.

The US, for example, doesn't have federal laws against "hate speech", but Canada does. So are we to conclude free speech in Canada is magically absolute, even though you can get away with saying something in the US that you could get convicted for in Canada?

He states, "I’ve always had an issue with expropriating public spaces for private or sectarian purposes" - yet all he needs to do is visit his local library, where private groups use public space all the time. Does he really want to end the local knitting club from using the library meeting room?

Jonas apparently seems not to understand that if the government grants permits to speak (say, at Queen's Park), then it can't restrict those permits on the basis of the kind of speech that will occur. Doing so is evidently a restriction on that "absolute" freedom of speech Jonas seems to cherish.

I sentence Jonas to reading Free Speech in an Open Society by Rodney Smolla.
Posted by Jeffrey Shallit at 12:09 PM 5 comments:

I'll be Speaking in Ottawa

If you're not busy November 30-December 2 2012, you can come hear some really great speakers such as P. Z. Myers, Ophelia Benson, Chris DiCarlo, Udo Schuklenk, Eugenie Scott, Larry Moran, and others in Ottawa, Ontario, Canada, at the Eschaton 2012 meeting, sponsored by CFI Ottawa.

Oh, and you can also hear me. I'll be speaking about numerology.
Posted by Jeffrey Shallit at 9:01 AM 2 comments:

You have a choice. You can either shell out some unspecified amount of bucks to take a online course on "Darwinism & Intelligent Design" run by ID hack Tom Woodward.

Or you can take a free online course about genetics and evolution run by an actual biologist.

I doubt that Woodward could even pass a final exam in an evolutionary biology course. Of course, that doesn't prevent him from prattling on ignorantly about it.
Posted by Jeffrey Shallit at 5:31 AM 5 comments:

It's not easy to be a moose in Saskatchewan. If you're too successful, you end up targeted by hunters. Obviously, killing them is the best solution.
Posted by Jeffrey Shallit at 6:00 AM No comments:

Too Bad This Guy Isn't a Mathematician

The guy at the city of Waterloo, Ontario who helped the mayor of Waterloo get online at the "Chinese Facebook", Sina Weibo, is named Max Min.

What a great name! Too bad he isn't a mathematician.
Posted by Jeffrey Shallit at 6:17 PM 4 comments: