Huckabee is a Moron

Caught Mike Huckabee on Fox News. (I never watch it at home, but when traveling sometimes you are forced to.) He was asked about the wisdom of arming teachers in schools. Needless to say, he was for it, comparing it to rich or powerful people who have armed guards.

When one Fox News host dared to ask the obvious question -- namely, isn't it reasonable to worry about the misuse of all those guns in schools? -- Huckabee merely dismissed this concern, saying something like 'If this ... if that ... you can waste your time worrying about scenarios like that'.

Huckabee is a moron. The chance that any particular school being attacked by an armed intruder is vanishingly small, and the chances that it occurs and an armed teacher is going to stop it successfully is even smaller. On the other hand, accidents with guns happen every day, and there is certainly a nontrivial probability that (a) an accident will happen (b) a teacher will misuse a gun or (c) the gun will be stolen and used against a teacher or other student.

If you are going to evaluate the wisdom of arming teachers in schools, you have to have some good estimates on the various probabilities. And if the school district is going to pay for all that teacher training, you also have to factor in the costs of doing the training instead of (say) installing higher-security doors or training students how to respond in the unlikely event of an attack. This sensible approach to deciding about the proposal was dismissed by Huckabee as "if this".

It's not just conservatives who are stupid in this way. Sometimes you hear liberals saying something like "if it saves just one life, it's worth it" about some new policy. Well, of course, it's not necessarily worth it. A law restricting the speed limit to 10 mph on US roads would probably save lives, but we deem it not worth it because of the inconvenience and extra time it would cost us.

Here you can read the true story of the evil Darwinist censors, not the version of intelligent design creationist Bob Marks.
Posted by Jeffrey Shallit at 9:31 AM No comments:

Intelligent design creationists love to write for conservative political magazines because they know most of their audience won't have the technical skill to spot their bogus claims.

"Since it is our uniform experience that elsewhere, information is only created by intelligent agents..."

Here Marks is just repeating the familiar lie of ID creationist Stephen Meyer, which I pointed out was wrong four years ago.

Addendum: Tom English points out that Marks's claims about the publication of their creationist volume are bogus. Big surprise.

A Probable Meteorite Hoax (or Prank)

There have been a number of articles in the popular press about Radivoje Lajic (sometimes rendered as "Radivoke"), a Bosnian man who claims his house has been hit six different times by meteorites.

By and large, press coverage of this guy has been completely credulous, referring to unnamed scientists at "Belgrade University" who have verified that the rocks are indeed meteorites.

In pictures he is shown holding a rock that doesn't look very much like a meteorite.

Here is what I think probably happened: either

It is worth noting that the meteorite database contains no mention of the meteorites supposedly found by Lajic. At least, searching for "Lajic" turns up nothing, and only two meteorites are listed as being discovered in Bosnia. Why can't reporters be more skeptical?
Posted by Jeffrey Shallit at 9:43 AM No comments: 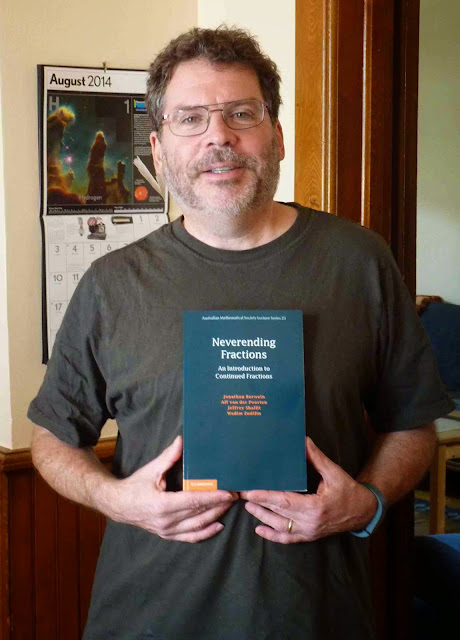 My co-authors, Jon Borwein, Wadim Zudilin, and the late Alf van der Poorten, wrote most of the book. I only contributed one chapter, a couple of sections, and some editing. I hope you'll enjoy it!
Posted by Jeffrey Shallit at 5:16 AM 3 comments:

I strongly recommend avoiding having anything to do with this conference: CSNT 2015.

Here is the solicitation I just got from them:

Notice everything wrong with this: All these are major warning signs.
Posted by Jeffrey Shallit at 8:44 AM 2 comments:

Must Pop Science Writers Know What They're Talking About?

Is it too much to ask that a pop science writer knows what they're talking about?

On the one hand we have the Denyse O'Leary school of journalism, blending lousy writing with an even lousier understanding of her subject matter.

On the other hand we have Carl Zimmer, whose books are praised by scientists knowledgeable in the areas he covers.

In between, we have books like The Violinist's Thumb by Sam Kean. Kean seems like a nice fellow, not at all like the know-nothing harridan O'Leary. But a master's degree in library science doesn't exactly inspire confidence that he knows what he's talking about. Nevertheless, his books have garnered some positive reviews, so I thought I'd take a look.

I was disappointed. Just to name four howlers:

Kean is not the only one at fault. I also blame the publisher (Little, Brown). Didn't this book get any fact-checking at all?
Posted by Jeffrey Shallit at 6:48 PM 2 comments:

What the World Needs 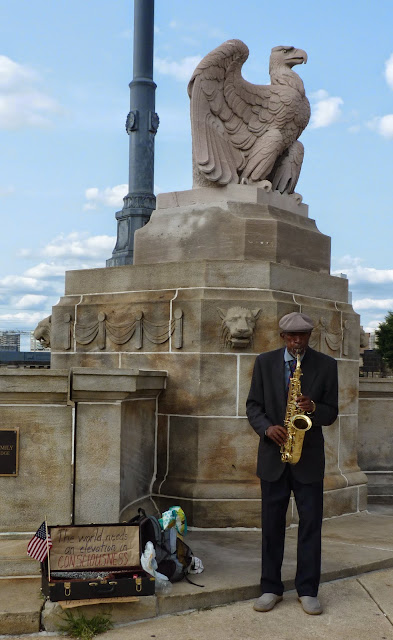 Posted by Jeffrey Shallit at 5:00 AM No comments: