One of the most interesting and challenging open problems in combinatorics on words is to decide whether there exists an infinite word over a finite subset of N, the non-negative integers, with the property that it contains no two consecutive blocks of the same length and the same sum (a "sum square").

This problem was originally stated by Pirillo and Varricchio in 1994, and independently by Halbeisen and Hungerbühler in 2000.

Today we posted a preprint in the arxiv that solves a related unsolved problem. Instead of avoiding sum squares, we show that we can avoid sum cubes: three consecutive blocks of the same length and same sum.

However, proving that this word has the desired property is not simple. The proof was recently achieved by Luke Schaeffer, using ideas of James Currie at the University of Winnipeg and Julien Cassaigne at the Institute de Mathématiques at Luminy in France.

More Lousy Reporting from the Record

From the headline ("Bible ban in schools ignores its influence") to the content, the article is misleading and inaccurate. Nothing was "banned" by the Board's decision. Students are free to bring bibles to school, and bibles aren't being removed from libraries. The only thing that was changed by the decision is that an explicitly evangelical organization will no longer be allowed special dispensation from a public school board to distribute its sacred text to a captive audience of 5th graders, a right granted to no other organization and no other religion.

The author's article, Liz Monteiro, didn't interview a single person in favor of the decision. False claims by Cindy Watson, the school board trustee who voted in favor of continuing the practice of distributing bibles, that it is "not proselytizing", were allowed to go unchallenged. David Seljak, who is usually sensible, is quoted as saying "To eliminate the study of religion from our curriculum is an exercise on mythmaking that borders on propaganda." Only problem? Nothing about "eliminat[ing] the study of religion" was at issue in the School Board's vote.

Andrew Mills, a youth pastor, is allowed to make the remarkable claim that "It's a false dichotomy to think faith is opposed to learning." Well, let's go to Wilmot Centre Missionary Church and see how many books on evolutionary biology (not creationist books) are in their library. Of course faith is opposed to learning. By its very definition, faith leads to beliefs that cannot be questioned and cannot be swayed by evidence.

All in all, more lousy reporting from the Record.
Posted by Jeffrey Shallit at 8:45 PM 10 comments:

Just as I suspected, Egnor's blog provides even more hilarity.

'Separation of church and state' is not in the Constitution and is not Constitutional Law.

It is a clear falsehood to imply that the concept of separation of church and state is not in the Constitution. Of course it is - right there in the First Amendment - and no reputable lawyer claims otherwise. It is just plain weird how someone can proclaim his religion with such pride, and yet violate its tenets so casually.

I really wonder why becoming unhinged about evolution means you also become unhinged about global warming, separation of church and state, etc.
Posted by Jeffrey Shallit at 9:30 AM 7 comments:

For years, the Gideons have distributed bibles to grade 5 students in local schools here in Waterloo. No other religious group was afforded this access, a practice which is clearly discriminatory.

Back in November, the issue came up in the Waterloo Region School Board, and the board then voted to continue the practice.

Kudos to Ted Martin and Kathleen Woodcock, who were the only members of the School Board sensible enough to vote no.

But then - horror of horrors - it was suggested that groups other than Christians be allowed to distribute their religious propaganda, too.

Suddenly the Board had a change of heart, and voted 8-3 to end the practice.

Here are the members who voted to continue it:

Shame on them.
Posted by Jeffrey Shallit at 9:05 AM 12 comments:

Mary is the Ideal Christian?

Oh, look: the brilliant brain surgeon Michael Egnor has a blog, which is called (I kid you not), "Egnorance".

This is destined to be an endless fountain of unintended amusement.

Already we have the renowned Dr. Egnor claiming that Mary is "the original Christian disciple, and a model and a mother for all of us".

Yes, I'd say that she certainly is a good role model for theists.
Posted by Jeffrey Shallit at 8:02 AM 6 comments:

But I think a much better version of this would be:

Based on this, I submitted the following idea to ThinkGeek: 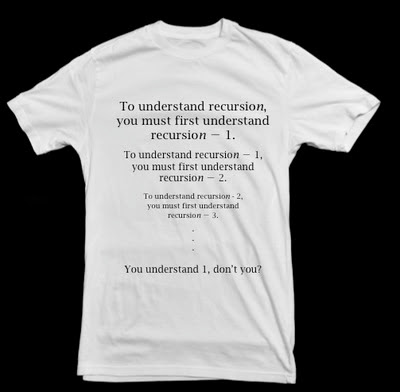 Who knows, maybe they'll make it into a t-shirt.
Posted by Jeffrey Shallit at 5:45 AM 1 comment:

Yet Another Boring Attack on Materialism

Kastrup's observation is trite and unoriginal.

Darwin himself remarked, "The horrid doubt always arises whether the convictions of man's mind, which has developed from the mind of the lower animals, are of any value or at all trustworthy. Would anyone trust the conviction of a monkey's mind, if there are any convictions in such a mind?"

And, of course, we know from extensive research that our perceptions are often wrong, and wrong in predictable ways.

But none of this provides the "profound contradiction" Kastrup thinks he has discovered. Yes, there are problems in perception and cognition, but the map between the real world and our mental model can't be wildly wrong. If it were, organisms with a better model would have outcompeted us. And the scientific method itself provides self-checking through replicability and peer review.

The bottom line: our own perceptions, and those of the instruments we devise, are all we have. So we use them, and in doing so, we try to be on our guard for mistakes in reason and perception caused by our own biology.
Posted by Jeffrey Shallit at 10:27 AM 9 comments:

Despite those wonderful qualities, Michele Bachmann is still the ideal Presidential candidate in the opinion of Doug Groothuis.

(He doesn't allow any comments on that post - no wonder.)
Posted by Jeffrey Shallit at 12:25 PM 35 comments: 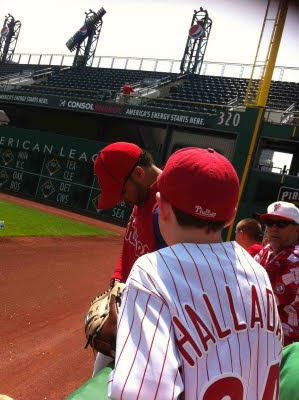