I had a bit of free time, so I watched the "documentaries" Expelled and Religulous. They're both terrible, but one is terribler than the other.

I'm not sure there's much I can say about Expelled that hasn't already been said: the phony posturing of pimply Ben Stein pretending to be on a quest for truth, the truly awful soundtrack, the use of stock photos of Nazis and Communists, the absurdity of suggesting that evolutionary biology is like both Fascist Germany and Communist Russia, the elevation of Richard von Sternberg as a creationist faux martyr, and so forth. Still, there were some classic moments:

Then it was on to Religulous. It wasn't that much better, frankly. Anti-vaccine loon Bill Maher is occasionally funny, but not as funny as he thinks he is. And then he goes and cites, in support of the Founding Fathers being anti-religious, a famous quote of John Adams:

"This would be the best of all possible worlds, if there were no religion in it."

What Maher didn't provide was the context. Here it is:

"Twenty times in the course of my late reading have I been on the point of breaking out, “This would be the best of all possible worlds, if there were no religion at all!!!” But in this exclamation I would have been as fanatical as Bryant or Cleverly. Without religion, this world would be something not fit to be mentioned in polite company, I mean hell."

Completely changes the meaning of the quote, doesn't it? This kind of intellectual dishonesty makes Maher as bad as the producers of Expelled.

So, no, I don't recommend either of those films.

Just when you thought the ID creationist website, Uncommon Descent, could not stoop any lower than it already has, you get surprised.

In a recent comment, Denyse "Sneery" O'Leary, the World's Worst Reporter™, implies that "Sweden pass[ed] a law to last year criminalize any criticism of immigration and politicians". (Ignore, for the moment, O'Leary's mangled syntax, which is one of the distinguishing features of her alleged journalistic talents.) Of course, Sweden didn't do any such thing.

The really special thing about O'Leary's comment is the link she added to support her implication. Here it is.

Now I don't believe Denyse O'Leary is an anti-semite. But this kind of shoddy journalism is typical of her reportage. Who else thinks she made no effort at all to check whether her source is reliable, or just another wackaloon site filled with barely literate fulminations about Jews and blacks?

Must Be a Different Definition of "News"

Denyse O'Leary, the World's Worst Reporter™, posts a ten-year-old article from The Guardian and labels it "news".

Well, it might be news to anyone who wasn't paying attention.

Here's Victoria Park, in Kitchener, Ontario, Canada, this morning. The temperature was -16 C. In the night an ice fog moved in and coated everything in extremely fine, hairlike ice crystals. 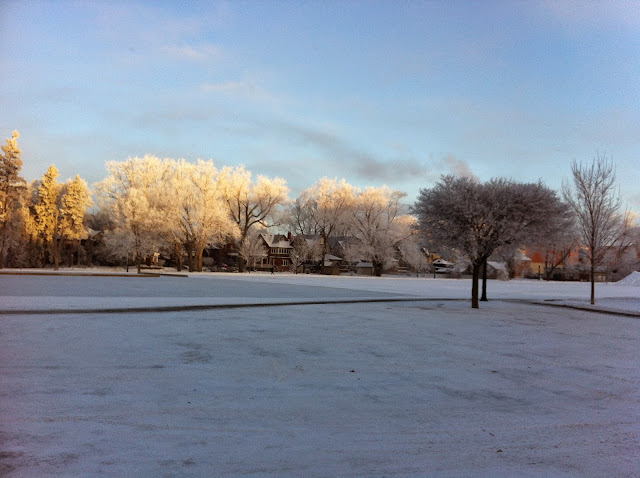 Posted by Jeffrey Shallit at 9:25 AM No comments:

The World's Not "Broken"

Ah, Uncommon Descent -- the flagship blog of the intelligent design movement. You know, the one where they talk about all the science done by ID creationists?

But there's precious little science done by ID creationists, so what to do to fill the space? Ranting about materialism, global warming, a few sneers by Denyse O'Leary (the World's Worst reporter™) about things she doesn't understand, and a bit of good ol' fashioned evangelism -- that's what.

What does "broken" mean here? It has many different meanings. It can mean "no longer in one piece". If a rock has been cleaved in two by a meteorite strike, we might say "this rock was broken by the impact". But I don't think that's the sense Barry has in mind.

It can also mean "no longer in working order". I'm guessing that's the sense Barry has in mind. But I reject the metaphor. If the claim is that the "whole world" is broken, how universal is it? What would it mean to point to an cloud, for example, and say it is "broken"? Most of the clouds I see are doing just fine.

How about when you apply it to people? Well, I'm certainly broken in this sense: I have asthma and other health problems. But how about a healthy newborn baby? In what sense is he/she "no longer in working order"? It seems that in this sense, Barry's claim is wrong.

Barry goes on to say that what he means by "broken" is that "there is the way things are and there is the way things should be and the two are not the same". Well, that's not the usually-understood sense of the word. After all, I think people shouldn't lie about science and scientists the way the Discovery Institute routinely does. But I wouldn't say that the world or Seattle or even Discovery is "broken" because I find their behavior reprehensible.

Barry's not content to insist on "broken" as a good description. He also insists that there is "universal awareness of our own brokenness in particular and the world’s brokenness in general". Not so. I reject the metaphor entirely.

But let me be more charitable than I usually am. Let's say Barry is really talking about moral or ethical rules and how we know them and why we follow them. He seems to think there is a universal and unchanging moral code. I don't. And neither do most Christians, because their god also once prohibited wearing clothes made of two different fabrics, and eating pork, and eating oysters -- all things that most Christians either don't follow or think no longer apply.

Barry also seems to think our knowledge of moral rules represents some insuperable difficulty for materialists. But, of course, it doesn't. There are good popular books (such as The Moral Animal) and more technical books (such as Darwinism and Human Affairs) that explain why. Barry, I suppose, could read them, but like most creationists, simply prefers to bluster.

Anyway, I don't need to say much more, since a commenter called "Learned Hand" is dissecting Barry's stupidities in more detail and more eloquently than I can. And in making Barry and self-satisfied, puffed-up commenters such as "StephenB" appear so foolish -- how long before he/she is banned?

Posted by Jeffrey Shallit at 9:20 AM 9 comments:

Arguing with a Creationist

Back in the fall I was approached by a creationist, let's call him "J. U.", who wanted to debate me. Now, as it happens, this past fall was an insanely busy time for me, what with teaching a large course and dealing with minor health problems. So I wasn't very enthusiastic, to say the least.

J. U. started by insisting that my observation that "nearly all biologists accept evolution" was "patently false". When I pointed him to this evidence, he did something few creationists have the honesty to admit: that he lied.

Eventually our discussion (such as it was) focused on the incoherence of the claim "humans have free will". J. U., like a good creationist, insisted that free will was meaningful and that humans have it. I suggested that he read Wegner's book, The Illusion of Conscious Will. Not surprisingly, he refused -- creationists, as a rule, are rarely interested in learning anything. But again, he was surprisingly honest about his reasons. This is what he said: "I'm not going to read it because I don't want to waste my time reading something that can't possibly be true."

Is there any better example of the creationist mindset? They already know the truth; no amount of evidence you present can possibly change that. This is why it is, in general, a complete waste of times arguing with creationists.

As I've noted before on this blog, one of the many dishonest rhetorical strategies used by ID creationists is credential inflation: taking any Joe Schmoe off the street who agrees with them and claiming they are an expert. For example, David Berlinski is called a "mathematician"; wedding photographer Laszlo Bencze is called a "philosopher", and so forth. And when their friends actually do have some qualifications, they are stretched: William Dembski, for example, is often labeled as a "leading information theorist".

Here's yet another example: Denyse O'Leary (aka the World's Worst Reporter™) refers to "Daniel Bakken" and calls him an "exoplanet expert". Yet, according to Web of Science, nobody called "D. Bakken" or "Daniel Bakken" has published a single article in astronomy! (He does seem to have some joint papers with titles like "100mm Diameter GaSb substrates with extended IR wavelength for advanced space based applications" and "Molecular beam epitaxy on gas cluster ion beam-prepared GaSb substrates: Towards improved surfaces and interfaces", but these are papers about semiconductors, not exoplanets.) His astronomy qualifications seem to be, according to his own web page, as a part-time instructor at a community college.

I guess that's what passes for being an "expert" for creationists. 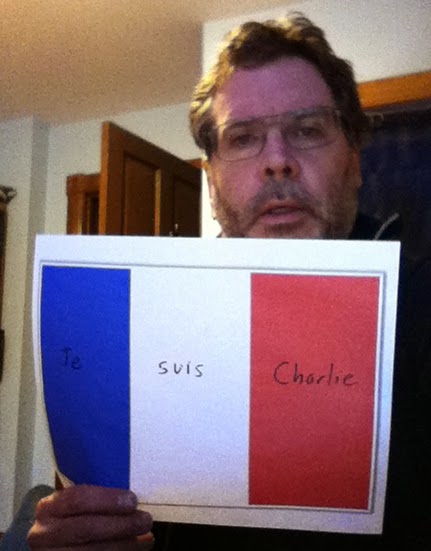 Sure, we had to wait a whole year for it, but it may have been the funniest thing posted at Uncommon Descent in 2014: Denyse O'Leary (aka the World's Worst Reporter™) professing her worries about "what has happened to the concept of journalism".

Yes, Sneery should be worried. While other journalists actually interview people, and try to avoid bias, and check into the qualifications of the people they quote, O'Leary seemingly gets most of her material without much effort. She reprints, uncritically, material sent to her by her creationist friends, or she sneers -- despite a lack of advanced training in science -- about actual science published in mainstream journals and newspapers. Typical behavior for Sneery: labeling wedding photographer Laszlo Bencze as a "philosopher".