Never mind that pesky 2nd law of thermodynamics! Get scammed by "free energy"!

Honestly, what kind of people fall for this crap?

Confusion about Separation of Church and State

I was once arguing with Eugene Volokh about the separation of church and state in the US. From his lawyer's perspective, he thought the really important issues at the church-state boundary concerned things like "parochiaid" - direct or indirect aid to religious schools - and probably most legal scholars agree with him.

But from my point of view, the really important issues concern things like "In God We Trust" on money, and "under God" in the pledge of allegiance. These seem trivial to people like Volokh, and they're often dismissed as "ceremonial deism". For example, in Lynch v. Donnelly, 465 U.S. 668, Justice Brennan (dissenting) wrote "such practices as the designation of "In God We Trust" as our national motto, or the references to God contained in the Pledge of Allegiance to the flag can best be understood, in Dean Rostow's apt phrase, as a form a "ceremonial deism," protected from Establishment Clause scrutiny chiefly because they have lost through rote repetition any significant religious content".

But now go read this article about Christian prayers broadcast over a loudspeaker at football games at Soddy Daisy, a public high school, in Tennessee. This is a pretty clear violation of separation of church and state, right? Now look at what one local parent, Jim Rogers, uses to justify the practice: "Our country was founded on the principle of religious suffrage and the freedom to express that religion. They incorporated God into our money, the oath of office, our legal system, the Pledge of Allegiance. You cannot find one aspect of our secular government that doesn’t make reference to our creator."

Mr. Rogers clearly doesn't know a damn thing about the separation of church and state, and I doubt he could explain what "ceremonial deism" is. But he does know something that Prof. Volokh doesn't: small, creeping violations of separation have a lot of symbolic value. Rogers knows damn well that having "In God We Trust" on coins is full of "significant religious content".

Lawyers love to say De minimis non curat lex. But the average person knows that when school children are coerced every day into saying "one nation, under God, indivisible", this is more than just "minimis". That's why people in favor of separation need to speak out against the smallest violation. Every crack in the wall just leads to more cracks.
Posted by Jeffrey Shallit at 6:32 AM 25 comments:

Labels: separation of church and state

John Mark Reynolds on Why to Vote Republican

Of all the bogus claims promulgated by evangelicals, one of the most pernicious surely has to be the implication that Republicans are morally superior.

Yes, in the 19th century the Republicans were against slavery - and at a time when many evangelicals were for it (something conveniently omitted by Reynolds -- see, for example, Daly's book, When Slavery was Called Freedom). Yet it is hardly possible to maintain that the Republican party of the 21st century is the same party. Heck, the Republicans abandoned black people only 11 years after the Civil War ended, with the Compromise of 1876. Seventy years later, we were treated to the spectacle of the Republican Eisenhower testifying against integrating the military.

The Republicans are now for "freedom of thought"? Hardly possible to maintain with a straight face - read The Republican War on Science. Republicans are, in general, far more censorious than Democrats - although the Demos have their problems, too.

Republicans are "are hesitant to make any person do good by the force of law"? Truly laughable. Republicans are at the forefront of those wanting to prevent gays from adopting and teaching in schools.

By all means, vote Republican if you think they're going to do a better job. But don't pretend moral superiority that doesn't exist. Reynolds' essay is a bad joke.
Posted by Jeffrey Shallit at 5:58 AM 14 comments: 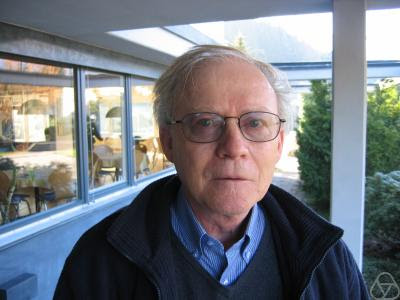 I just received the sad news that my friend and colleague, Alf van der Poorten, passed away on Saturday in Australia.

Alf (or "vdp", as he was sometimes called) specialized in number theory, and he wrote about 170 papers on the subject, specializing in continued fractions, elliptic curves, transcendence, Diophantine approximation, and recurrence sequences. He had dozens of co-authors, and he especially liked to write with his Macquarie colleague John Loxton and with Bordeaux mathematician Michel Mendès France. Alf wrote a book, Notes on Fermat's Last Theorem, which was published by the CMS in 1996, and was co-author (with Everest, Shparlinski, and Ward) of another, Recurrence Sequences, published by the AMS in 2003. We had vague plans to write a book together on continued fractions, but we never did. We did, however, write four papers together.

Among number theorists, Alf was an "original fini", as the French say. His talks were often accompanied by transparencies lettered in Alf's distinctive hand, full of quotations and puns. (A book that he co-edited in honor of the computational number theorist Hugh Williams was called High Primes and Misdemeanours.) Some of his papers contained limericks -- and not always in good taste! One of his most-cited papers was just called "Folds!". He loved the mathematical typesetting system TeX passionately, and developed a large set of his own arcane macros, which sometimes made collaboration difficult.

Alf was born during World War II to Jewish parents in Holland who gave him up to another family to protect him from the Nazis. But they all survived the Holocaust, and Alf was reunited with his parents after the war. They moved to Australia around 1950, and Alf got a Ph. D. in mathematics from the University of New South Wales in 1968. He taught at Macquarie University for many years, and, after retirement, ran his own Centre for Number Theory Research out of his home in suburban Sydney. Alf spoke English with a distinctive mix of both Dutch and Australian accents. More information about his life can be found here.

Alf and his wife Joy welcomed me during my only visit to Australia back in 1991. I spent a month living on the campus of Macquarie University and working with Alf on continued fractions. One of the papers we wrote concerned the continued fraction expansion of numbers such as 2-1 + 2-2 + 2-3 + 2-5 + 2-8 + ..., where the exponents are the Fibonacci numbers. Working with Alf was a lot of fun. He would gesture languidly in the air with a cigarette-laden hand, moving quickly from topic to topic: Australian politics, other mathematicians he had known, an idea for our latest proof. Alf knew a lot about many different subjects and had a quip or story ready for almost anything. He had phenomenal mathematical intuition and nearly always found the right path to a solution, but he wasn't always rigorous when he wrote up his results. One of his celebrated papers, about the transcendence of automatic numbers, contained a serious flaw which he was never able to repair.

Alf travelled a lot. We worked together at Dartmouth College, and later, when I moved to the University of Waterloo, he came for one of the CMS meetings. During one of his visits, he told me about his clogged arteries. He had been walking along when suddenly he found himself unable to speak. He sat down on a bench and was taken to the hospital, where it was found that an important artery was nearly completely blocked. After surgery he made a full recovery and continued to do mathematics. More recently, he had surgery for cancer of the lip (where a cigarette had always rested in the past) and eventually developed the brain cancer that killed him. At one of the CMS meetings dozens of mathematicians signed a card for him.

Alf was active in the number theory community and served as president of the Australian Mathematical Society from 1996 to 1998 and won several awards, including the George Szekeres medal. I will miss him. 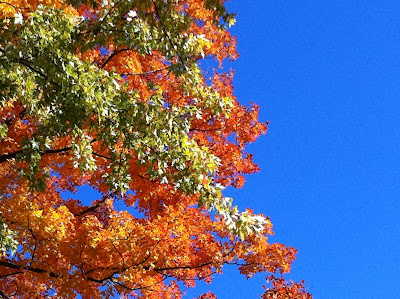 Wow. The nasty and untalented hip-hoppers Insane Clown Posse turn out to be moronic, lying Christian evangelists. Who would have guessed?

I wonder if Premise Media wants to make a documentary about them.
Posted by Jeffrey Shallit at 11:06 AM 7 comments:

Well, my 53rd birthday is coming up in a couple of weeks, so here's what I'd like:

Please make a donation to any or all of these fine organizations:

That's what I would like.
Posted by Jeffrey Shallit at 6:20 PM 28 comments:

When They Talk About Truth, Watch Your Wallet

Why is it whenever an organization starts talking about "truth", it's a good bet they're going to be spouting the most incredible lies?

To give just a few examples:

- the Discovery Institute's "truth about the Dover trial"

So it was no surprise for me to get e-mail from Turkish creationist Harun Yahya called "An invitation to the truth". It would be funny if it weren't so pathetic.

This message was filled with statements such as "The Chinese people and other nations will also rejoice under the protection of the Turkish-Islamic Union" that seem to be taken directly from some old Stalinist literature.

Just imagine what an appalling, grotesque, and totalitarian world it will be if morons like this get more power.
Posted by Jeffrey Shallit at 4:29 PM 7 comments: