It's not just biology that creationists resolutely refuse to understand. Their willful ignorance extends to many other fields. Take mathematics, for example.

At the creationist blog Uncommon Descent we have longtime columnist "kairosfocus" (Gordon Mullings) claiming that "a set of integers that spans to infinity will have members that are transfinite", showing that he doesn't understand even the most basic things about the natural numbers.

And we also have Jonathan Bartlett asking "can you develop an effective procedure for checking proofs? and answering "The answer is, strangely, no."

Actually the answer is "yes". A mathematical proof can indeed be checked and easily so (in principle). This has nothing to do with the statement of Bartlett that follows it: "It turns out that there are true facts that cannot be proved via mechanical means." Yes, that's so; but it has nothing to do with an effective procedure for checking proofs. Such a procedure would simply verify that each line follows from the previous one by an application of the axioms.

If a statement S has a proof, there is a semi-algorithm that will even produce the proof: simply enumerate all proofs in order of length and check whether each one is a proof of S. The problem arises when a true statement simply does not have a proof. It has nothing to do with checking a given proof.

Can't creationists even get the most basic things correct?

Posted by Jeffrey Shallit at 9:39 AM 4 comments:

Been waiting for this for 11 years, and it finally happened! 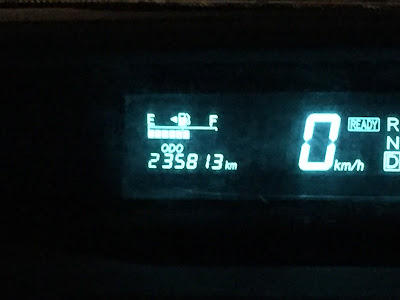 You Don't Have to Be a Sociopath to Become a Theist....

...but apparently it helps, at least judging from this video.

Second is how persuasive even a terrible design argument like the one proposed here can be for a diseased or weak mind. Don't bother studying any mathematics, or computer science, or biology. Just assert that there is no evidence for the scientific world view, and voilà!

Third is what an ignorant bastard the guy is for someone who thought he was the greatest person in the world. He thinks shingles are caused by vitamin deficiency, fer chrissake!

Oh well. I am comforted by the fact that there's lots of decent people who are religionists. They're not all sociopaths like David Wood.