Creationist neurosurgeon Michael Egnor doubles down in his latest at the misnamed evolutionnews.org site. He's still claiming that animals don't have language.

He really has nothing new to say. He provides no evidence for his claims, just a series of assertions:

"Language in animals has never been demonstrated": actually, it has. I gave several citations, but Egnor didn't address any of them. There is a whole subfield of ethology that deals with this. Egnor didn't even seem to know the name of the field.

"because animals are incapable of language.": pure assertion.

"Claims of animal language have been made by some ethologists, but those claims are mistaken": Egnor suddenly starts using the word "ethologist", which he didn't before. I am glad to have informed him of the name for the practitioners of the field he is criticizing. Again, pure assertion. He doesn't actually address any of the cited studies.

"We should begin with an examination of what we mean by language.": Egnor is not a linguist, either.

"The confusion between signals and designators is at the root of ethologists' misunderstanding about animal "language.": Yeah, all those ethologists who actually study animal language are wrong, but Egnor (who didn't seem to even know the word "ethologist" until two days ago) is right, despite not working in the field. Remember the word "egnorance" and why it was coined?

"Natural animal signals have no grammar": Probably not true. For example, see here and here and here. Now one could certainly take issue with any or all of these, but the point is that there is a large literature that needs to be assessed carefully, and which cannot be addressed by categorical denials of the kind Egnor makes. Egnor does not do this. He just knows he is correct, because ... Aristotle.

(Quoting de Waal): "We honestly have no evidence for symbolic communication, equally rich and multifunctional as ours, outside our species": A red herring. Nobody said animal language was as "rich and multifunctional" as human language, just that it exists, contrary to Egnor's claims. This is the traditional creationist technique known as "moving the goalposts".

Finally, Egnor insinuates that I haven't read de Waal's books, when I was the one who introduced them to him. He urges me to read de Waal's books. I have. My records show that I read Good Natured in 1996, as well as Chimpanzee Politics and Peacemaking Among Primates.

We haven't heard from creationist neurosurgeon Michael Egnor lately. (If I had to guess, I'd wager he's writing a book, in order to cash in on the unlimited religionist thirst to have someone with credentials confirm their world view.) That's too bad, because Egnor was a neverending source of amusement. He is, after all, the man for which the word "egnorance" was coined: "the egotistical combination of ignorance and arrogance".

That's why it's such a delight to see Egnor make a fool of himself yet again, with this Discovery Institute column about animal intelligence and language.

Egnor claims that "cats can't do logic, mathematical or otherwise, and they never will". Here is one of his arguments in support of this claim: "they don't do logic. Because they're cats." Well, that was certainly convincing.

Showing that Egnor knows even less about logic than he does about evolution, Egnor goes on to claim that "A logical statement is true inherently, independently of the particulars that occupy the place-holders". Really? This will certainly be news to actual logicians, who labor under the delusion that a statement like "for all x, there exists a y such that x = 2*y" is a false statement in the logical theory known as "Presburger arithmetic".

Like most religionists, Egnor seems to have a real need to believe that people are somehow fundamentally different from the rest of the animal world. He claims that "What distinguishes men from animals is this: men, but not animals, can contemplate universals, independently of particulars. Animals cannot contemplate universals. Animal thought is always tied to particular things." He goes on to claim, "Animal thought lacks abstraction" and "In fact, an animal cannot think about universals, for the simple reason that animals have no language."

How does Egnor know these things? He offers no empirical evidence in support of his claims. Empirical evidence is absolutely necessary, since there is nothing logically impossible about animals thinking abstractly. After all, Egnor's own holy book, the bible, depicts talking snakes and talking donkeys. While I am amused to see Egnor undermine the claims of his own religion, animal language and thought are questions that have to be resolved scientifically.

And there is an area of science that is actively interested in testing these kinds of claims, although you'd never know it from reading Egnor. It is a branch of ethology, which is the science of animal behavior. (I am not an ethologist by any means, but I can recommend the eye-opening books of primatologist Frans de Waal.) Contrary to Egnor's claims, the evidence for animal language is quite strong, although of course there are doubters. Animal language exists in many different animals, including bees, elephants, dolphins, baboons, and whales.

So how does Egnor back up his claims? By citing Aristotle. That's it. He writes, "This rudimentary fact about animal and human minds was noted by Aristotle, and was common knowledge for a couple thousand years. Moderns have forgotten it, and it has led to a morass of confusion about animal minds and the differences between human and animal thought."

I suppose if one's worldview depends on a 2000-year-old book written by people lacking scientific knowledge of the universe, then it's not a stretch to get your understanding of animal language and thought from a philosopher who lived 2300 years ago, and who simply asserted his claims without doing any experiments at all.

There is also evidence for abstract thought in animals other than people. Evidence exists for dogs, baboons, and crows, to name just three examples. Of course, all these examples are debatable (although I find these and others pretty convincing), and will likely continue to be debated until we know more about how abstract concepts are represented and processed in brains. Nevertheless it is pretty obvious that this is a question that, at least in principle, is capable of being resolved empirically.

I'll conclude with the words of David Hume: "no truth appears to me more evident than that beasts are endow'd with thought and reason as well as man. The arguments are in this case so obvious, that they never escape the most stupid and ignorant." Or maybe that should be "egnorant".

Posted by Jeffrey Shallit at 5:43 AM 6 comments:

I've been watching a bit of the British TV show QI lately, and they mentioned the fact that the word "typewriter" can be written using the top row of keys on a QWERTY keyboard.

This got me wondering about what commonly-used words are the longest for each row. In addition to "typewriter", other 10-letter words you can type exclusively on the top row include "perpetuity" and "repertoire". Claims for "teeter-totter" seem to be cheating, as it is almost always written with a hyphen. The OED lists a few more such words, but none that are common ("pepperwort"?).

For the middle row, the longest seems to be "alfalfa".

The poor sad bottom row seems to have no examples at all, unless you include "zzz", which is sometimes used to indicate the sound of sleep.

On a French AZERTY keyboard, one can type the English words "appropriate", "perpetrator", "preparatory", "proprietary", as well as the winner, "reappropriate". The longest French words on their national keyboard seem to be "approprieriez" and "pirouetterait".

Posted by Jeffrey Shallit at 6:52 AM 3 comments: 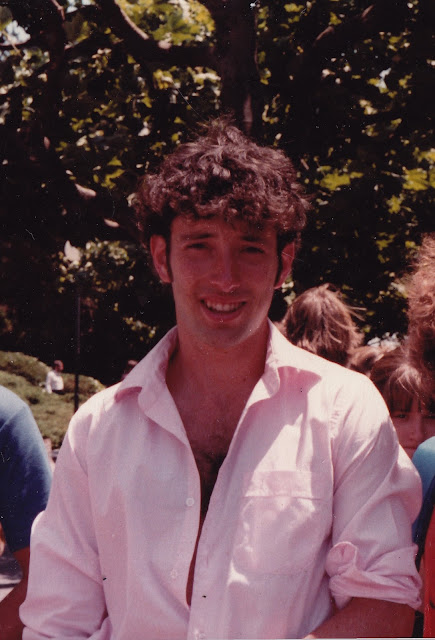