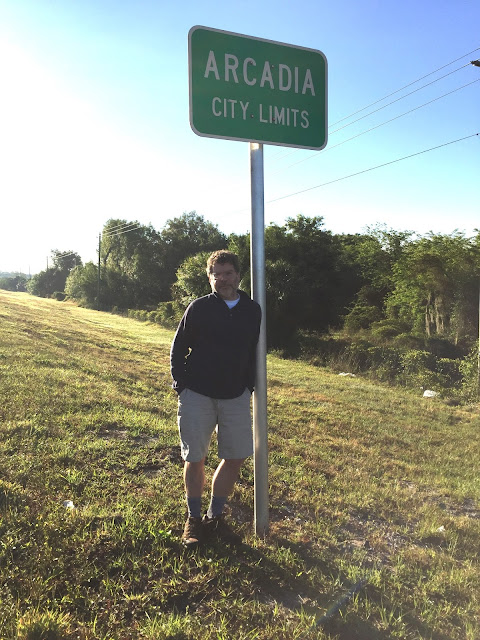 The Future of Recursivity

This doesn't mean that this blog will die. I intend to cross-post things here and there. Comment wherever you like.

More info later, as I learn how to use the new system.

Posted by Jeffrey Shallit at 3:38 PM No comments:

The dilemma of the scientist who is also a devout Christian* is clear: on the one hand, in his/her professional life the scientist must explore the natural world and rigorously apply skepticism to his/her conclusions. The scientist is always asking, "Could there be some other explanation I haven't thought of?". On the other hand, the devout Christian is required to accept an incoherent and nonsensical theology, and to renounce other reasonable explanations for the events that supposedly occurred in the New Testament. Skepticism is replaced by faith.

This is one reason, I suspect, that Christians are more common in the physical sciences and less common in fields like anthropology, psychology, and sociology. A really serious anthropologist or sociologist or psychologist who is a believer would be, I suspect, consumed by trying to understand the personality, motives, and characteristics of the Christian god, and that can only be done with some rigor through a scientific study, which the Christian is explicitly forbidden to do by Matthew 4:7, Deuteronomy 6:16, and Luke 4:12. In contrast, the chemist, geologist, or physicist is able to compartmentalize his/her beliefs more successfully. Believing in Jesus is not going to strongly impact your experiments if you are studying the properties of organic compounds or the interactions and decays of baryons.

Compartmentalization is the key word here, and it was very much in evidence in last night's Pascal lecture. To say it was a lecture is somewhat overstating the case. It started with a commercial (for James Tour's lab and its admittedly excellent work in nanotechnology) and it finished with pure Christian evangelism. Given that the title was "Nanotechnology and God", I was expecting a somewhat more polished segue between the two topics (although it was too much to hope that he might have remarked that both topics concern the vanishingly small). There was none. Prof. Tour went in one sentence from a summary of his work on nanotechnology to a story of how he became a Messianic Jew. Along the way he admonished the audience in various ways: to abjure pornography, to pray for personal success, to read the bible every day.

Here are a few of the things that Prof. Tour seems to believe, as I understand it. First, that the "fact of the Resurrection is overwhelming". (I don't think he uses the term "fact" the way I do.) Second, that he obtained his wife because he prayed for one and his god granted his wish. Third, that he was offered money to buy more software (through some supernatural intervention?) because of his virtuous refusal to break the license of software he used on other machines. Fourth, that he prays before every course lecture and scientific talk that his presentation will be wonderful. Fifth, that he prayed for the success of a disliked colleague and this resulted in the success of the colleague and his transfer to another university. Honestly, it was really hard to not laugh at all that.

I find it fascinating that such a scientist -- evidently extremely clever -- can successfully convince himself that there is a supernatural being, the creator of the universe, who is so obsessively concerned in that scientist's success and life that he (the god) arranges things so that departmental money to buy software arises (because of the scientist's virtue) and so that rival colleagues get offers to leave.

I did get a chance to ask a question. After hearing this litany of successes that Prof. Tour had achieved through prayer, I asked him what percentage of things he prays for don't come true. He was unable to provide a figure. This is compartmentalization again. A scientist would, I would think, want to know this important fact. Do certain kinds of prayers work better than others? Does the time of day affect success? Is success actually greater than chance, or does Prof. Tour simply forget about the prayers that don't come true? Does it help if the prayer is said in certain languages? Are prayers for oneself granted more often than prayers for others? What happens when two equally virtuous people pray for opposite outcomes?

Another thing that I was able to establish was that Prof. Tour, despite being a signatory to the Discovery Institute's notorious "Scientific Dissent from Darwinism", has never read a college-level textbook about evolution. In my opinion, this is irresponsible (but not surprising).

In short, although Prof. Tour is a good speaker who clearly has done excellent work, his religious beliefs seem (to me) to be childish and unwarranted. His personal version of prosperity theology is laughable. The event was largely evangelical and not intellectual in nature, and is inappropriate to be sponsored and endorsed by a public university that accepts students of all faiths. It was, in short, another embarrassment.

* I phrase it this way to avoid the ambiguous term "Christian scientist".

Posted by Jeffrey Shallit at 7:12 AM 7 comments:

Well, once again it's time for that annual embarrassment at the University of Waterloo, the Pascal lecture series.

Our university actually sponsors these lectures, which are designed to "[challenge] the university to a search for truth through personal faith and intellectual inquiry which focus on Jesus Christ." I think it's completely inappropriate for a secular university to evangelize for a particular religion in this manner.

This year the speaker is James Tour, a chemist and signer of the infamous Discovery Institute dissent from Darwinism letter. You can see Tour's own rambling account of his dissatisfaction with evolution here. I hope he's a better speaker than he's a writer.

I'm going to try to go, but I may be too jet-lagged to do so. In any event, I want to recall a law I have modestly named after myself: Shallit's law. Here it is:

"Whenever a distinguished scientist, physician, or engineer claims that he or she `doesn't understand' evolution, or `encourages skepticism' about evolution or that evolution `skeptics' are poorly treated, some fatuous utterance about Jeebus will soon follow."

You can evaluate the accuracy of Shallit's law by attending Tour's lectures, I suppose.

P. S. The Pascal lecture committee, as well as other dubious sites, like to cite Tour as "one of the 50 most influential scientists in the world" as stated by thebestschools.org. But thebestschools.org is a project of none other than James Barham, the ID-friendly but extremely confused philosopher who testified for the creationists in Kansas. In other words, it is not an unbiased source. In fact, I don't see much evidence that it's anything more than just James Barham sitting in a basement somewhere.

Posted by Jeffrey Shallit at 3:49 AM 3 comments: