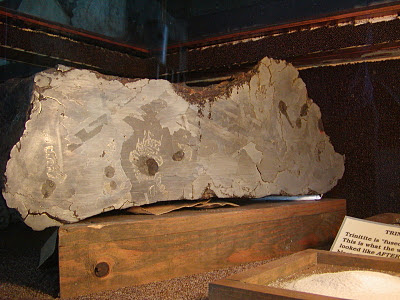 The most interesting object is the main mass of the Lake Murray meteorite, found in Carter County in 1933, weathering out of Lower Cretaceous strata. It is believed to be a meteorite that fell about 110 million years ago and then was incorporated into the sandstone that formed around it. I visited the museum in January 2007.

Posted by Jeffrey Shallit at 11:03 AM

It was built with new deal funds not state funds