I attended the reunion for the Kitzmiller v. Dover trial over the weekend, which was held at Lauri Lebo's house in York Haven, PA. Lauri was a reporter for the York Daily Record at that time, and wrote the most intimate account of the trial in her book, The Devil in Dover. It is a terrific book, funny and sad at the same time, and definitely worth reading.

(As you may know, I played an extremely small role in this historic event - I had been asked to testify as a rebuttal witness against William Dembski. But Dembski withdrew from the trial, so my testimony was never needed.)

Lauri Lebo lives with the folk-rock-country musician Jefferson Pepper in two houses in rural Pennsylvania. I stayed in the famous beer can house, which houses the world's largest collection of beer cans. (I stayed in the German room, in case you want to know.)

I got to meet some of the important figures of the trial for the first time, including Vic Walczak of the ACLU, Richard Katskee of Americans United for the Separation of Church and State, and some of the plaintiffs, including Bryan Rehm, Cynthia Sneath, and Steven Stough. (There were others, but I'm bad with names.) And I got to see old friends, including the NCSE's Genie Scott, superstar biologist Ken Miller, and Behe-destroying lawyer Eric Rothschild. 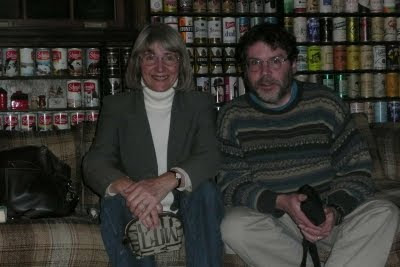 Above: me with Genie Scott and some beer cans. 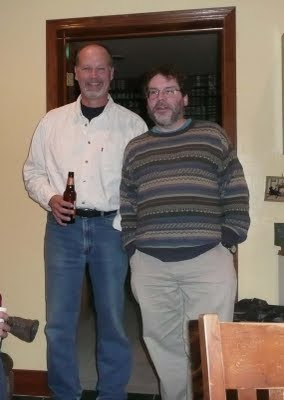 In the evening there was a concert at the very cool Midtown Scholar Bookstore in Harrisburg, PA. (If you are ever in the area, this is definitely a place to visit. I picked up three books about snakes for my youngest son, who is a snake enthusiast, and two books about intelligent design for my anti-evolution & pseudoscience collection -- all at very reasonable prices.) 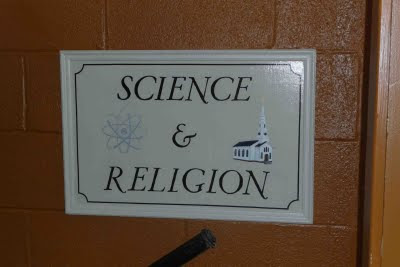 The concert featured a brief reading by Genie Scott, some terrific music by Jefferson Pepper and the Varmints of Heaven, a lecture by Kenneth Miller, and evolutionary rap by Baba Brinkman. 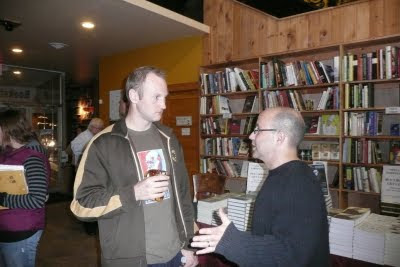 Above: Baba Brinkman and Eric Rothschild. 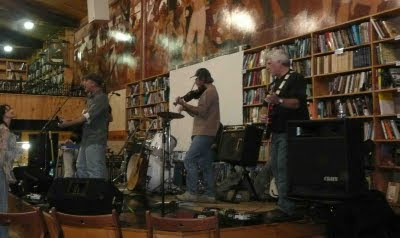 Above: rockin' out with Jefferson Pepper and the band. At right, on rhythm guitar, is York Daily Record columnist Mike Argento, who wrote some of the funniest newspaper columns about the Dover trial; he also has a blog. 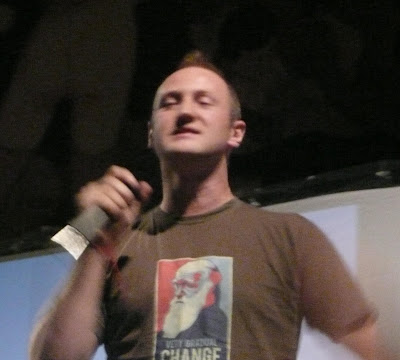 All-in-all, it was a fun weekend. Thanks to Lauri, Jeff, and the others who made it possible.

Posted by Jeffrey Shallit at 10:34 AM

That must have been fun! I forgot that you were the one to scare away Bill Dembski. Ken Miller is a great guy. He gave a presentation at BC a couple of years ago and we got to chat....

I would have LOVED to be there.

Aha! So that's what you were doing, instead of visiting Mark and me in New York. I will grudgingly admit that it sounded like fun, though.